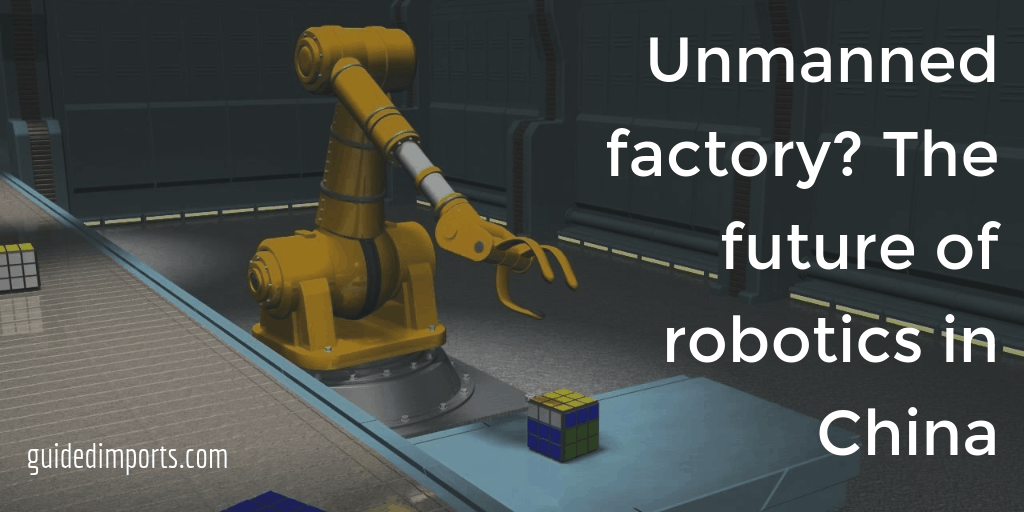 Recently the press has been blowing up about China’s first unmanned factory. 90% of the employees there have been replaced by robots. Down from 650 humans to 50. And just 20 human employees is the ultimate goal. Will China’s government intervene to protect manufacturing jobs.

China’s manufacturing labor force numbers some 250 million strong. To put that in perspective, that’s 38% larger than the American workforce — across all industries — combined.

But 600 Chinese manufacturing employees just lost their jobs. Thanks to Chanying Precision Technology Company and their robotic arms.

The state of the art electronics factory is using the arms to produce mobile phone components. And the results at the unmanned factory have been impressive. Components were being built by humans at an average defect rate of 25%.  The robotic arms have dropped that rate to 5%. More impressive still is that fact that production has increased. Drastically.

With the ability to run the robotic arms day and night, monthly production went from 8000 units to 21,00o units. This 162.5% increase in production is big news anywhere in the world. But the bigger story will be the Chinese government’s response.

China has been known to protect its industry and workforce from foreign tech heavyweights like Google, Amazon, and Facebook in the past. By blocking Chinese users from accessing these sites via The Great Firewall, they’ve allowed Chinese copycat versions to be born and dominate the Chinese market.

But let’s face it, the threat from these giant American tech companies, which might displace only a fraction of China’s skilled technology force,  is relatively small when compared to the impact that robotic manufacturing could have on the Chinese manufacturing labor force.

Assuming all Chinese electronics factories could reduce their workforce in similar fashion to Changying Precision, this would represent a loss of 225,000,000 across China — nearly 8 times the size of the UK’s entire labor force.

And that’s not a good situation for any government to be in. It’s not just a major economic threat but could very well disrupt the social fabric of day-to-day life in China.

If you think Parisian Taxi drivers protesting Uber was a big story, multiply the scale of jobs under threat by 17,000 to understand the impact robotic automation could have on China’s manufacturing labor force. So our best guess it it’s not a matter of if, but when, the Chinese government intervenes.

Here’s our best guess on how that might go down.

The P.R.C can is pretty good at slowing down threats  to China’s way of life without causing too much ferment — such is the power of the government’s grip through every last strand of the Chinese social fabric, not least of which the economy.

Here’s our best guess at to how the robotic arms at Changying might come to whirring hault.

No matter what happens at this little factory in Dongguan, China the effect of robotic technology on the Chinese Imports market will be huge moving forward.

The reality is China could choose to support these technological advancements and become a leader in robotic manufacturing, once again leading to a global revolution in manufacturing with China at its epicenter.

We’re curious to hear your take on this exciting development that stands to reshape the $2.5 Trillion dollar a year Chinese exports market.

Do you think China will support or squash robotic automation of manufacturing within it’s borders? And is your business riding (and profiting) from the automation wave in China already?

We know we and our customers at Guided Imports have profited — but we’d love to hear how you’re doing it in the comments below!